Tablet Xiaomi Mi Pad on the processor NVIDIA Tegra K1 ( review ) produced in 2014 a real sensation. It was one of the most affordable and powerful tablets at the time. Presented a year later, Mi Pad 2 replaced glossy plastic on an aluminum shell and was transferred to Intel’s hardware solution, which allowed it to install on it not only Android, but also the Windows 10 system. The experiment was probably not too successful, so in the third generation the company in general abandoned any innovations, making Mi Pad 3 just an ordinary tablet on the traditional hardware platform MediaTek.

In a small white box, exactly under the dimensions of the tablet, is a modest set consisting of a “tablet”, documentation, a USB-C cable and a charger with a plug for Chinese sockets. As for the case, of course, it was not envisaged. However, it is not difficult to get the right one – AliExpress is full of offers.

Now people are not very interested in tablets, and if there are no sales, then the enthusiasm of manufacturers is also one, two, and obchelsya. So do not be surprised that the outward appearance of the Mi Pad 3 is actually a copy of the second generation with identical dimensions (except that the logo disappeared from the left corner). With affordable color solutions, everything is extremely meager – only a gold version is available. In this case, Mi Pad 2 was offered in three colors, and the first generation – as many as five (and initially they were planned six). There is stagnation or even degradation of the tablet segment in Xiaomi.

Let’s go through the elements. Above the screen is a front camera for video communication and selfi, a light sensor, an LED indicator. Below it – three touch-keys with uneven illumination and not very large touch zones. In landscape orientation, they can be pressed against the hand grip and for this case there is a small, but quite effective protection against accidental touches. It consists in the fact that a single touch is not processed, but the tablet asks to repeat the input. And the action will happen only if you press the same key again. On the left side there is nothing, on the right side there is a volume rocker and a power button (unlock, by the way, it is possible for double tapu). Above is the audio connector. Below – a USB-C socket and a pair of cogs. 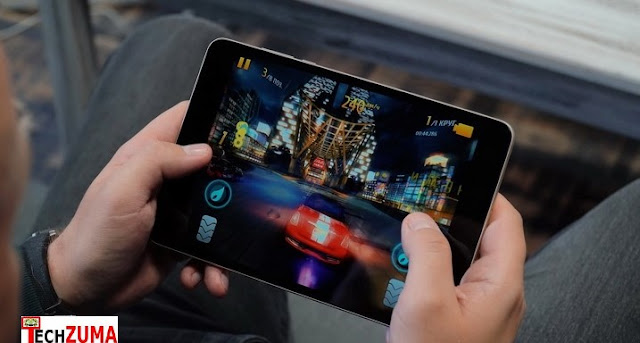 On the back there is a main camera, a pair of microphones and two speakers. Due to the proximity of their placement, the effect of the stereo is felt weakly, but they themselves play well. Not the iPad mini (that sounds more juicy), but better than any smartphone. And yet, in my opinion, Mi Pad 3 lacks a couple of elements. Firstly, the IR transmitter is requested to go upstairs to control the equipment (even for inexpensive Redmi it is). Secondly, somewhere on the left would ideally be a tray under the SIM and microSD. Alas, no mobile Internet, no memory expansion, or even a GPS navigation device does not offer.

Thanks to a successful weight distribution and a small thickness, the tablet does not seem heavy. The frames and margins of it are such that they do not strain the dimensions, but they do not lead to accidental touches. The original Mi Pad’s plastic was slippery and easily scratched. Here, like the Mi Pad 2, there is an aluminum cover. It is certainly more premium than glossy polycarbonate, but has certain drawbacks. I consider them to be heating and marching. Even if you wash your hands on a regular basis, the lid will still be in dirty stains and divorces.

The display was and remains the strength of the Mi Pad series. Characteristics for three generations have not changed at all: 7.9 “, 2048 x 1536 points, 326 ppi, 4: 3, IPS. Of course, it is unlikely that the panel is used the same as in 2014. However, what then is that it is very difficult to find fault with the screen, even if you strongly want to: the viewing angles are maximum, the brightness adjustment limits are wide, the colors are pleasant, and the resolution is quite appropriate for this size. Oleophobic properties near the glass (the name of the manufacturer Xiaomi hides) are good, the scratches appear reluctantly. In the settings, you can adjust the tone and contrast, but by default everything is fine.

Curiously, the software provides a monochrome mode, with which the screen becomes black and white and this should save battery power. In practice, I did not notice any significant increase in autonomy, but in monochrome it’s cool to read books and websites. 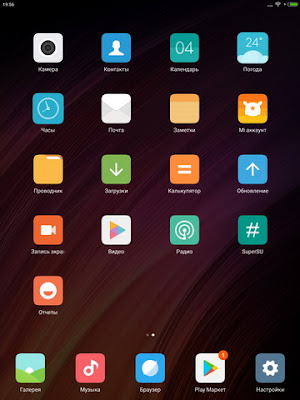 To date, the tablet is based on MIUI 9. Visual differences from MIUI 8 are even less than between MIUI 8 and MIUI 9 on smartphones. But the main thing to notice is possible – the nine works smoother and faster. However, we must remember that the optimization of the tablet firmware from Xiaomi always left much to be desired. That’s Mi Pad 3 with MIUI 9 no-no, and there will be lags and slowing down. This is especially noticeable when scrolling backgrounds in the wallpaper selection and by calling the reset menu to hold the power button.

From the cameras in the tablets one can not demand much, but in Mi Pad 3 there are modules that shoot better than “just for a tick”. Definitely will be useful not only for video communication, but also will be appropriate if you did not have a smartphone at hand. In my opinion, the device removes at the level of the younger line of Redmi (plus or minus).

RAM is given 4 GB, built-in 64 GB. In principle, the drive will be enough for many users, but still I can not support the decision to refuse microSD. This is a tablet! There and ask for gigabytes of music, anime and adult movies on the road! I would very much like to see the third generation Mi Pad being given under some fresh NVIDIA Tegra chipset and the tablet would give out the performance of the Nintendo Switch level, but the world is unfair, as we all know. However, despite the processor MediaTek MT8176 (many of the relatively MTK chips have prejudices), the games here are not bad thanks to the graphics accelerator PowerVR GX6250. But they could have shoved the ARM solution too! Thank you, that is not Mali, in general. Oh, yes, watch the video from Mi Pad on Tegra:https://youtu.be/HIeSy1PY018

But back to Mi Pad 3. “not bad” I mean that the tablet draws almost all the games. And “pulling” does not mean that he is able to maintain a consistently high fps in all titles. For example, in Asphalt 8 everything is almost perfect, but Asphalt Extreme does not even start. In Iron Blade, you can not change the graphics, and with the default wild lags. In Injustice 2 textures are sad – the belly of the Joker is not textured at all. But the Bullet Force on the maxima flies and on the Mi Pad 3 is a pleasure to play quests, puzzles, maps and games of the genre tower defense. A large screen is available. The metal case of a tablet quickly heats up under loading, but up to unpleasant sensations, business does not reach. 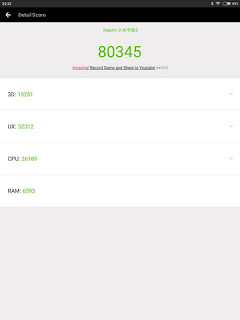 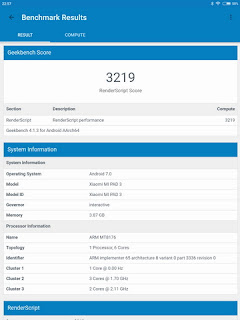 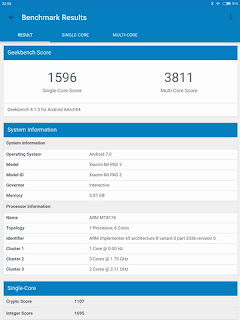 The battery for 6600 mAh and good optimization result in decent autonomy. And without any radio modules (here it is the only plus!), The tablet consumes very little in standby mode and can lie for weeks in the hope that you pay attention to it (the discharge per day does not exceed 2%). Video with maximum brightness without stops, he lost almost 10 hours, and the discharge in the Asphalt 8 game with a comfortable backlight level was 13% per hour. That is, on a trip you can watch 5-6 films or get stuck in the game for almost 8 hours! I do not know about you, but I’m beset by Chinese and pseudo-Russian Android-tablets with batteries for ~ 4 thousand mAh, which sit down faster than a smartphone. Xiaomi Mi Pad 3 in this regard is pleased. This tablet is not only in form, but also in essence.

People’s interest in tablets is quenching – a fact. And the main reasons I see two. First, users are actively moving to smartphones with large screens, where you can comfortably consume almost any content – why would they need another gadget with duplicate capabilities? Secondly, the tablet direction is heavily stalled and has not been able to offer anything new for a long time – users are satisfied with the tablet that was purchased 2-4 years ago. 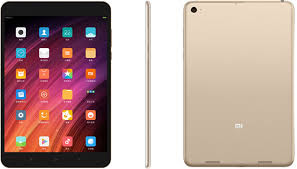 Some attempts to revitalize the segment make Apple, with emphasis on professional application, but most companies simply stopped producing “tablets”, and the few that are still in the game do so without excitement. From the small assortment that is available to buyers, Xiaomi Mi Pad 3 is one of the most interesting options among small tablets on Android. For applications and games, iPad will be preferable, but it is much more expensive, and for a certain range of tasks Android still fits better.