Yesterday Google introduced new premium smart phones Pixel 2 and Pixel 2 XL. The smartphones received an updated design in a metal case with a glass insert on the rear panel, a modern “hardware” based on the Snapdragon 835 chipset, a camera that is nominally better than the previous one (and Pixel and Pixel XL still remain among the best cameraphones on the market) and Android Oreo with an updated Pixel Launcher.

Now, when the passions have subsided, and the basic information is digested, let’s look at some of the controversial issues associated with Pixel. Looking ahead, we note that some points will echo the same material on Pixel and Pixel XL , because some of the nuances remain unchanged. Well, let’s go! 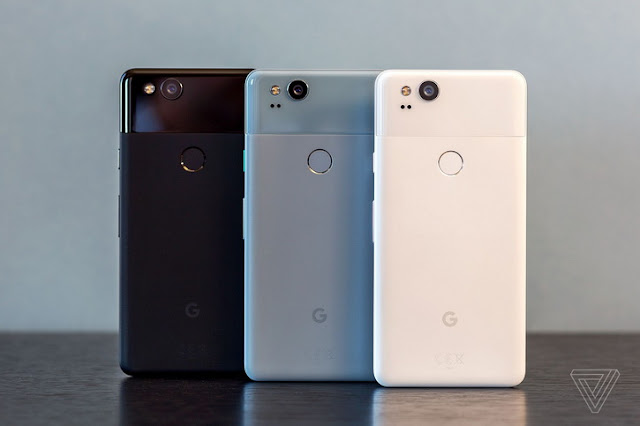 One of these “nuances” remained the pathos with which the company presents the line of Pixel, positioning it as a member of the program Made by Google. However, Pixel 2 and Pixel 2 XL cause even more question about this. It is known that Pixel 2 produces HTC, and the older version of Pixel 2 XL – LG. The influence of partners is felt quite strongly: this is the technology Active Edge (derived from Sense Edge), and 6 “P-OLED-display, and the camera, which” on paper “repeats the characteristics of HTC U11. Add to this the implementation of physical production partners (including certification under the brands LG and HTC) and come to a fairly obvious conclusion: Made by Google – not quite about the “pixels”.

The basic concept is preserved from last year’s models: an aluminum case, the current generation of Gorilla Glass 5 glass protects the display, and another insert on the back panel adds sophistication. Innovations were the selection of a fingerprint scanner from the same area covered with a glass insert, as well as buttons colored in a different color (in some versions).

As mentioned above, the development of each smartphone was conducted separately with different partners, resulting in the lack of a common design. So, the front side of Pixel 2 is strikingly different from Pixel 2 XL, creating an abyss between them, not specifically grounded. The color palette was different: blue only for Pixel 2, black and white version (“panda”) only for Pixel 2 XL. Why, Google? 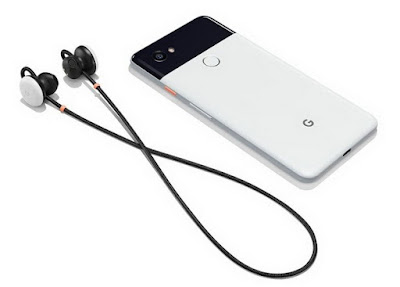 By and large, this paragraph does not need additional comments and clarifications. “Jack” remains popular and, most importantly, a popular connector. Google did not say anything specific about the reasons for refusing it.

Most likely, this is due to the principled position of HTC on this issue (the second year in a row the premium devices of the Taiwanese brand do not receive 3.5 mm). We must pay homage to Google – on the same day, wireless headphones Pixel Buds , created specifically for Pixel 2, were introduced . However, many prospective buyers will not accept this point, as Google’s ridicule of Apple over this matter did not forget a year earlier. 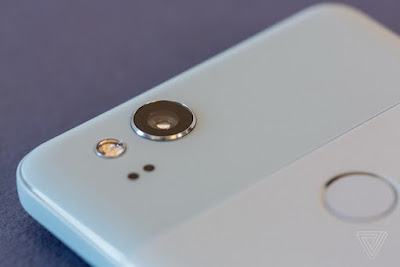 Google is almost the only manufacturer in 2017, not offered its users a dual camera module. The irony is that another devotee of the “classics” is just HTC (coincidence?).
The search giant tried to compensate for this at the program level, adding his own portrait mode to the camera settings, but the first samples showed that it turns out not always convincingly. Google updated the module, replacing the 1.55-μm pixels with optical image stabilization (Google said that this sensor characteristic negates the need for stabilization), retained the resolution and HDR +. You will remember the Galaxy S8 and S8 + with even smaller changes on the camera and will be right.

But Samsung followed up with Galaxy Note 8, and Google will be in the role of catching up until October next year. Another point is 4 GB of RAM in Pixel 2 XL with AMOLED-screen QHD +. In LG smartphones there is a shortage of “RAM” periodically on the same configuration. On the “vanilla” Android Oreo it will be less felt, but at this price I wanted more. But about this further.

Who is the target audience for Pixel 2 XL, it is unclear, because geeks are unlikely to be interested in a device with such a price tag for experiments, and iPhone 8 Plus and iPhone X are seen as a more obvious purchase in terms of liquidity and support. Moreover, the list of countries where a sweet couple will be sold, is still very limited and it’s strange, because HTC and LG have a well-established network around the world, from which to bring gadgets, say, to Russia would not be difficult. Oh yeah, Made by Google … 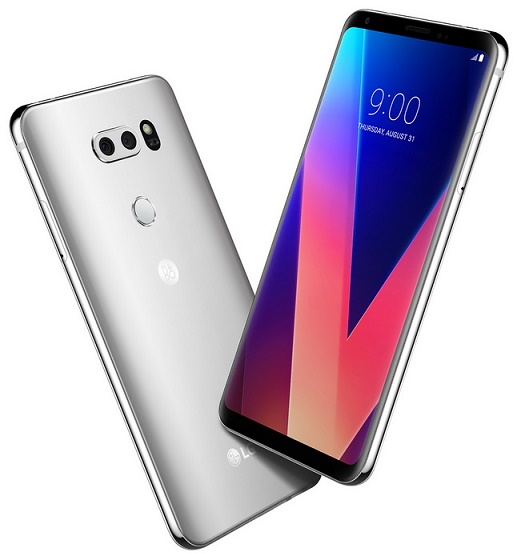 Be that as it may, Google Pixel 2 and Pixel 2 XL do not become bad smartphones and will certainly find their buyer. From the device a lot is expected in terms of cameras (now with optical stabilization, AR and work on the errors of the previous version) and the speed of work, and the new launcher will necessarily go to the people. Undisputed advantage over third-party Android smartphones will be declared support for three years.

However, his ambitions are still not fully understood. To challenge the ecosystem of Apple at an equal price will not work, stand out against the backdrop of a huge number of more technologically advanced Android flagships due to the only “pure” Android will not work. Much will be shown the first few months after the start of sales. The first games will be on sale on October 17. 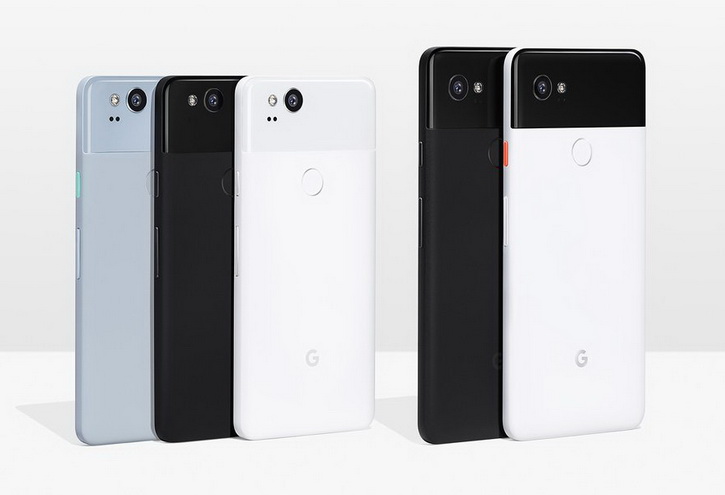