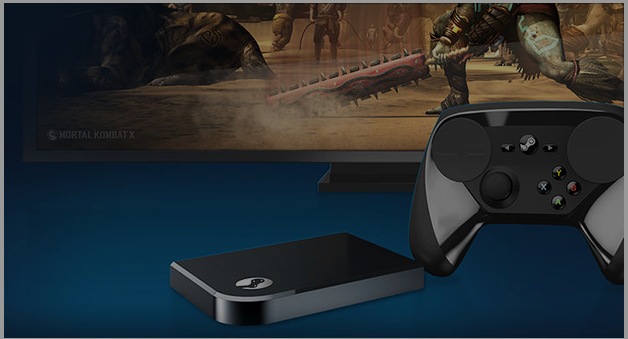 Valve this week rolled out the hardware phase of its road map from bedrooms and basements to living rooms and lounge areas with its long-awaited video game controller, PC link box and Steam boxes.

Valve’s road map to the living room began with Big Picture mode in 2011, continued with in-home streaming in 2014, and now includes the new Steam hardware.

The Linux-based Big Picture mode formatted the Steam digital distribution platform for living room TVs, offering an experience similar to Xbox Live and allowing Steam to stream video games from a workhorse of a host PC to a client device attached to a TV.

Valve’s new Steam Link serves as that client device, as the set-top-box can relay in real time the video game content a WiFi-connected gaming rig is crunching in another room. The company’s Steam boxes — primarily a philosophy for low-profile, console-like PC — can sub for Steam Link or stand alone by playing video games locally.

The Steam Controller, with its concave trackpads, is meant to cap the living room experience with gamepad elements designed for the needs of PC-specific games — the ones that require the oh-so-accurate keyboard and mouse combination.Steam Controller 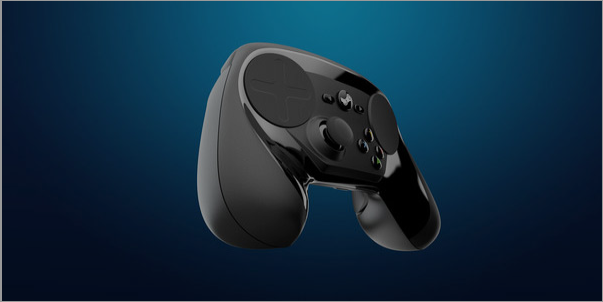 With all the pieces in place, Valve’s days of reckoning have begun. Its plan for a better alternative to consoles now awaits adoption, and that will depend on the amount of seams end users see, according to Christine Arrington, senior analyst of games at IHS Technology.

“As an alternative to consoles, the whole suite of hardware from Steam, including controllers, Steam Machines and HTC Vive, will all have to be highly integrated and work seamlessly,” she told TechNewsWorld. “It is too early to tell whether Steam and its partners will be able to achieve that.”

Gamers knew what they were getting when they ordered the Steam Link, which has its performance directly tied to the health and strength of a local network. In-home streaming allowed anyone with a second PC, even a laptop, to give the feature a go.

Gamers knew what they were getting when they ordered a Steam-branded machine: a gaming PC in a microATX case.

Despite Valve’s limited circulation of the Steam Controller, many people were unsure about what they were getting. So far, the reaction has been mixed.

After forcing himself to game exclusively with the Steam Controller, Engadget’s Sean Buckley had a breakthrough.

“At some point, something clicked — I had more control over the games I was playing than I ever did with a traditional gamepad,” he wrote. “My thumb’s quick flicks and the subtle aiming motions I employed to the controller’s gyro sensor felt natural and nuanced. I felt more immersed, I realized, and I was having more fun.”

For VentureBeat’s Jeff Grubb, there’s a lot to like about Valve’s gamepad. However, the Steam Controller just seems too exotic or bizarre for him to embrace it fully.

“I am not compatible with all of this change, and I think you’ll need time to grow accustomed to it as well,” he wrote. “I tried all kinds of big games — Skyrim, The Witcher, Far Cry, and Fallout 4 — and I don’t see how I could ever get this pad to work in a way that I would find acceptable.”

Though some of the steam from Valve’s new machines may have seeped out as Windows 10 rolled in, the company has pushed forward with its plans to push Steam OS and its console-like Steam boxes.

A Steam box is what was known as a home theater PC, a low-profile computer meant to serve up movies and music to living rooms before Netflix and Spotify erased the blackboard and drew up their own equations.

Valve has offered a list of best practices for third parties looking to build Steam machines, but anyone can piece together a computer and rightfully call it a Steam box. That’s part of what has been making Steam machines a hard sell for consumers.

“I think it is likely that Steam will realize their ambitions with a small, enthusiastic base of PC gamers,” IHS Technology’s Arrington said. “The initial reactions seem to be that those gamers who build their own rigs will continue to do so.”

While Valve may struggle to convince PC enthusiasts to put down the thermal paste and micro screwdrivers, the price of the branded Steam boxes also could keep the console-only crowd from coming over.

While noting that Valve has the community and library of games to support a solid living room experience, gamers so far have been unconvinced about moving away from their traditional consoles, according to Mike Schramm, head of the qualitative analyst team at EEDAR.

“If Valve can leverage its dedicated users and convince them to try a console experience, it may see some success,” he told TechNewsWorld. “But it will likely have a hard time convincing console gamers to step away from the Xbox One and the PlayStation 4.”

Alienware offered four Steam Machines, relatives of its Windows-based Alpha. The machines — priced at US$449, $549, $649 and $749 — leverage custom Nvidia GeForce GTX graphics cards, and each tier offers a step up over the previous one in GPU, RAM and hard drive space.

Syber Gaming’s family of Steam Machine has three members that are priced at $499, $729 and $1,419. From the low end to the flagship, Syber’s machines are spec’d in clearly defined tiers that see processing power and storage stepped up from bottom to top. 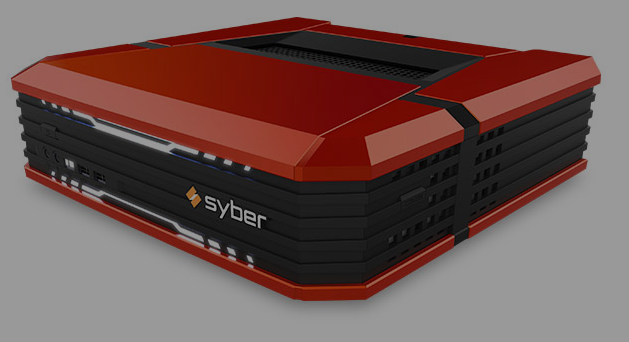 Zotac’s lone offering, which includes a $50 Steam controller, had $100 sliced off its $999 price tag a day after launch. The premium box includes midrange CPU and storage, with an i5 and 8 GB of RAM, but goes all in on GPU with a beastly Nvidia GeForce GTX 960. 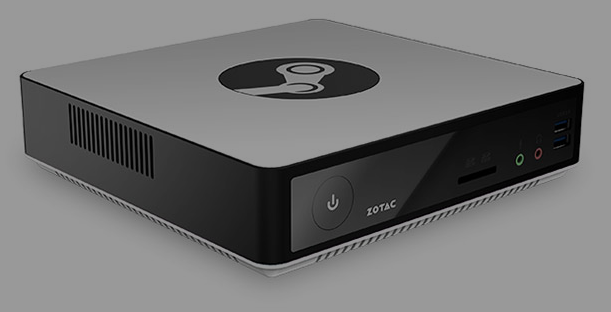 The latest game consoles from Microsoft and Sony are going for $350, and Nintendo’s Wii U is expected to sell for $250 this holiday season.

“Gamers who want a simple experience are typically console gamers,” she said, “so there is that small niche of people who want to play PC games, don’t want the complexity of PC gaming, and are willing to spend the money for the simple experience.”