Apple’s iPhone 8 is currently one of the most anticipated smartphone of Year 2017. There have been Rumors that the Apple‘s upcoming iPhone 8 will feature wireless charging have been circulating for late few months, the awaiting device has previously been rumoured to come with new AR features, a fast A11 chip, OLED panel, and wireless charging. and today, that rumor just got confirmed Possible from Robert Hwang, the CEO of iPhone manufacturer Wistron Corp, alongside another major features coming to Apple’s next iPhones. 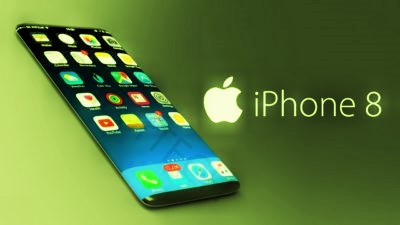 Before now, report confirms earlier claims that Apple joined the Wireless Power Consortium industry group early this year and also registered patents about how to charge phones and other devices utilising the Wi-Fi signals and investigating wireless charging for the new iPhone. If Apple is truly successful with the wireless charging technology innovation, That means next iPhone generation users will be able to simply put the phone down on an inductive surface and it will start charging without any need for a plug-in charger.
Wistron, another iPhone manufacturing corp just like Pegatron, albeit and Foxconn which Apple recently began working with in an effort to keep prices down. Robert Hwang the CEO has all but confirmed that Apple’s next-generation iPhone models will be waterproof and include wireless charging technology.
Hwang Speaking to the media after the company’s annual shareholders’ meeting on 14 June, Wistron CEO Robert Hwang reportedly said the following:
“Assembly process for the previous generations of [iPhones] have not changed much, though new features like waterproof and wireless charging now require some different testing, and waterproof function will alter the assembly process a bit.”
This is not the first time the iPhone 8 has been tipped to feature wireless charging and enhanced waterproofing capabilities. However, it is still unclear whether Apple will adopt the industry standard of Qi wireless charging, or will introduce a new innovative long-range charging that has been rumoured a couple of times in the past. iPhone 8 would, of course, not be the first water-resistant phone Samsung already boast these features, in there top models including the Samsung Galaxy S7 and Samsung Galaxy S8.
Final Words
Wistron, was originally appointed by Apple to make components for the iPhone SE in India but now approved to makes the iPhone SE, and it is obvious that iPhone SE doesn’t offer wireless charging or waterproofing, now here is the most important!!!
Please Note: Robert Hwang, the CEO Wistron iPhone manufacturer in India Specified in His statement that “new features”, in comparison to older iPhones, such as the iPhone SE. He didn’t mention any iPhone model. Hwang didn’t say iPhone 8 or iPhone 7S. So have it at the back of your mind that it’s very possible He might not be talking about the very next iPhones but rather future-generation models.
There as been several reports on the internet convincing people to be rest assure that Apple will release a higher-end and Wireless charging “iPhone 8”. though Yes it’s reasonable to assume improved water resistance coming to the latest iPhone like 7s.
The awaiting iPhone is reportedly to feature an edge-to-edge screen without any home button, a bezel-less display with the fingerprint scanner embedded underneath, a vertical dual camera setup, switch from the aluminum chassis back to glass back cover, also to come in both 4.7-inch and 5.5-inch versions and will run on iOS11, Apple’s new mobile operating system.
For the latest tech news and reviews, follow OlaGeek on Facebook, Twitter, G-plus and subscribe to our YouTube channel.