“You’ll need two dozen purple-scented candles and a goat suitable for ritual slaughter. Oh, and about a kilo of salt to draw a pentagram on the floor (blackboard chalk doesn’t work),” read a response to a frustrated consumer on an online forum asking for advice on how to unsubscribe from unwanted mobile content.
Although this advice was posted in 2007, many consumers still feel this way when it comes to trying to cancel mobile subscriptions – and that’s if they are even lucky enough to have discovered the charges gnawing away at their airtime or hiding in their monthly bill. 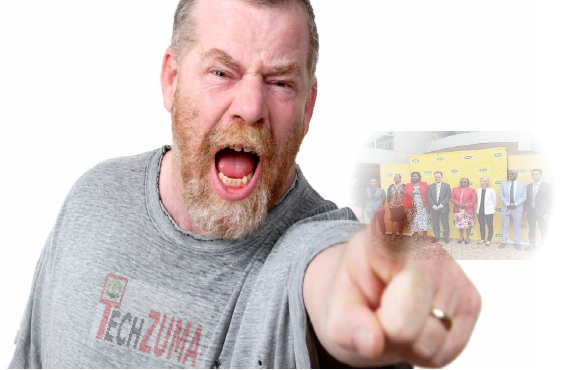 Universal Service Fund Fee
All providers must contribute to the federal Universal Service Fund, which funds initiatives such as the Connect America Fund, Lifeline and E-rate, according to the FCC. But while prepaid service providers like Cricket and MetroPCS absorb the cost, the Big Four carriers (AT&T, Sprint, T-Mobile, and Verizon) pass that cost along to you. Wireless customers pay about $5 billion annually in Federal Universal Service Fund surcharges, the Tax Foundation estimates. The FCC regulates this charge and adjusts the fee quarterly based on the fund’s current balance.
2. State Taxes
These taxes are billed to your primary “usage place,” Zulager says — generally your residence or business address. But if you’ve moved out of state and kept your number, check with your carrier to see if they’ve updated your bill. “Sometimes if they don’t upgrade a tax code, you may be getting taxed incorrectly,” Zulager says. That could make a difference if you’ve moved to a state with lower taxes.
3. State Telecommunications Excise Surcharge
Many states, New York among them, levy specific sales and excise taxes on telecommunications services. Overall, customers in New York state pay an average of 24.36% in federal, state and local taxes on their wireless bills, according to the Tax Foundation.
4. 911/Emergency Response Fees
The carriers are authorized (and at times, required) to collect these fees from customers to help local governments pay for emergency services such as fire and rescue. The fees are generally billed as either an amount per telephone access line or a percentage of revenue. The National Emergency Number Association has a state-by-state guide.
5. Regulatory Charge
Despite the name, regulatory charges are not government-mandated. Instead, they are surcharges that you get charged to help the carrier defray the costs of federal, state and local regulations. At T-Mobile, this is billed as the “Regulatory Programs & Telco Recovery Fee,” and covers fees like local number portability, government programs, and charges imposed by other carriers for the delivery of calls.
6. Administrative Charge
Administrative charges are similar to the regulatory charges, but more nebulous. They’re generally billed as fees used to cover the costs paid to other carriers when talking to someone on a different network. AT&T’s $0.61 fee, rolled out in 2013, also goes toward “charges associated with cell site rents and maintenance.” These fees can (and do) change from time to time.
U.S. lawmakers have proposed bills like the Wireless Tax Fairness Act and the Digital Goods and Services Tax Fairness Act, aimed at curbing some of the excessive fees and surcharges — but neither has gotten much traction.
7. City Taxes & Fees
Cities and counties can also add taxes that inflate your bill. There about 12 states in which local governments charge some type of local tax or fee, many of which are legacy taxes established for landline services that have been extended to wireless services. For example, New York City charges the MTA Telecom Surcharge, which is a 0.375% tax that applies in to New York metropolitan area residents.
8. Gross Receipts Surcharge
These fees — which stem from the taxes that some states, counties and cities impose on the carriers’ total revenue — can range dramatically. The Tax Foundation found that states like Pennsylvania and Rhode Island charge a 5% state gross receipts tax, while New Mexico charges a 5.13% state tax and an additional 2.62% in certain cities and counties, and many carriers pass this along to users.
Sick of your cell phone plan? Try finding a new one using MONEY’s exclusive cell phone plan tool below. And if you’re looking for more information, check out The Best Cell Phone Plans of 2017.