The best company cars of all classes

Jun 18, 2018
Which car offers the most comfort? Which one is particularly good to drive? 250 fleet managers have chosen the best company cars in 2018. These models are among the top 20. 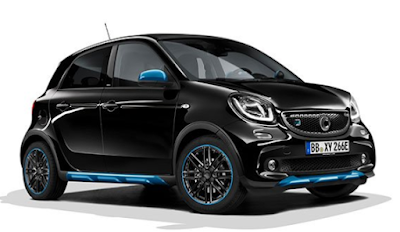 When choosing the company car of the year, automakers regularly work up a sweat. After all, professionals rate it: 250 fleet managers, who determine which company vehicles their company buys, put nearly a hundred vehicles to the test this year. They tested the cars not only on driving behavior and comfort but above all on the economy. Another key factor was the environmental friendliness. After almost 2,000 rides, the professionals awarded a total of 20 cars the title of “Company Car of the Year”. The categories ranged from minicars over the middle class to SUVs in different sizes.

Which models distinguished the professionals as company cars of the year 2018 can be seen above in the picture gallery above this article.

Compared to the previous year, German manufacturers regained the upper hand: Half of the excellent cars are from Germany. Mercedes cleared six times, including in the categories “SUV”, “Vans” and “upper middle class”. Volkswagen is slowly recovering from the exhaust scandal and scored in the categories “small car”, “compact class” and “middle class”. The American manufacturer Tesla was awarded as the most environmentally friendly car brand.

Although diesel vehicles continue to dominate, as, in the previous year, increasingly hybrid and pure electric cars prevailed: The Smart EQ Fortwo won in the category of minicars, while the Nissan e-NV 200 Evalia in the small and compact vans inspired. Nissan has installed a 40kWh battery that increases the range of the car. As a hybrid car, the Kia Niro plug-in hybrid was convincing. Natural gas cars are also becoming the focus of the pros. For example, the VW models Polo 1.0 TGI and Golf 1.4 TGI scored points.

The Spanish manufacturer’s Seat and the Czech manufacturer Skoda scored points in the case of the importers, who sometimes rated the fleet managers separately. In the upper-middle-class Jaguar won.

BMW and Audi went out like in the previous year empty. Small consolation prize for BMW: The manufacturer was awarded for its good service for fleet customers.

Ford Mustang or Cadillac – which car is fuel efficient?