In September, widespread sales of Nokia’s first flagship after returning to the smartphone market. It became Nokia 8 ( details), made in a body made of metal and rounded 2,5D-glass. The test sample was acquired by a well-known YouTube-blogger, specializing in disassembly and testing for the strength of various devices, JerryRigEverything. 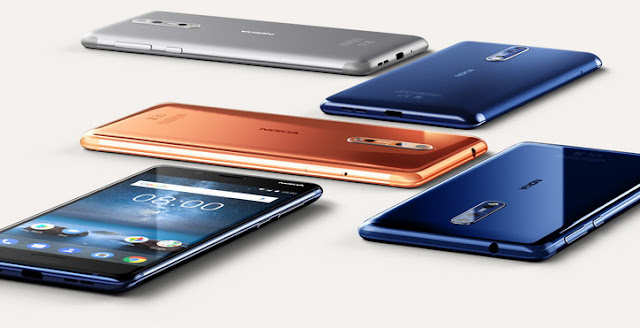 Unpacking at a cheerfully pace the new thing, the author began to conduct his traditional set of tests, including checking materials for resistance to scratches, fire and brute force. During the test, Zak stressed the features of the Nokia 8 design with plastic inserts on the top and bottom ends, which, in his opinion, is the right solution in terms of resistance to falls. Metal and glass cope with external stimuli at the corresponding device status level. Compliments have earned Nokia 8 and in the bend test, where I stood under the onslaught of strong hands JerryRigEverything, thereby continuing positivetrends laid by Nokia 6 . Recall, the cost of the top device Nokia in Russia was 39,990 rubles.