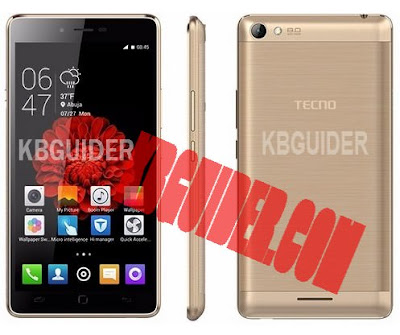 Tecno launched the Tecno L8 with a monster 5050mAh battery just few weeks ago, we are all amazed with the battery life of this device, Because it for a very long time with heavy usage.

But we are so mad at Tecno for Polluting the awesome Spech of Tecno L8 with 1GB RAM. Tecno has listing and decided to correct there mistake with a New re-modified version of the phone with name Tecno L8 Plus.

Tecno L8 Plus another beautifully Tecno L series Phone, L series is one amazing series from TECNO with full focuses on battery life. Tecno L8 features almost the same specs and features as its predecessor Tecno L8. Tecno L8 Plus has just 2 major improved specs over it predecessor little improved Battery life and RAM which translate to better performance with enhanced flexibility for multi tasking, and a little higher price.

If you can recall this also happened during the release of Infinix Hot with 1GB RAM and Infinix Hot 2 with 2GB RAM, that is exactly what happening now with Tecno L8 Plus and Tecno L8.

Both L8 and L8 plus possess the same 5.5 inches display, same 5050mah battery capacity but the only noticeable and both runs on Android 5.1 lollipop operating system

The Tecno L8 plus has a slight change in design when compared to other Tecno’s “L” series devices. You should not expect a device with that battery pack at the back to be a light one. The Tecno L8 Plus comes in a plastic body with curve edges. The device has a dimension of 77.5 x 154 x 8.85 mm.

This dual SIM Android phone comes with diagonal 5.5-inch IPS Capacitive display with a resolution measuring 720 x 1280 pixels and touchscreen raising expectation of great wide viewing angles and enhanced by a 267ppi display density resolution that is not too ugly for a lower mid range phone.

A MediaTek Quad-Core processor clocking in at 1.3GHz runs the show on the Tecno L8. It sports an 8.0MP rear camera with a led flash alongside front facing snapper of just 2.0MP that may be of interest to those fond of selfies. The device is equipped with a 2GB RAM that offers efficiency in processing. Additionally, it also sports a 16GB ROM (internal storage) for storage purposes. The internal memory can be boosted by a secondary storage SD card up to 64GB.

The phone has already been tagged as “The Battery Monster: with a capacity of 5050 mAh. this will ensures a long lasting use of your android phone before worrying about charging it. That’s not all with the battery though, It has a Reverse Charging capability, so you will find an “OTG cable” within the pack, this helps for those that time you need to boostup your other phones.

Tecno L8 plus Sport a 2 GB RAM, which should be the encouraged minimum of any Android smart phone to ensure beatiful performance.

Here is The Full Official Specification Of Tecno L8 Plus.