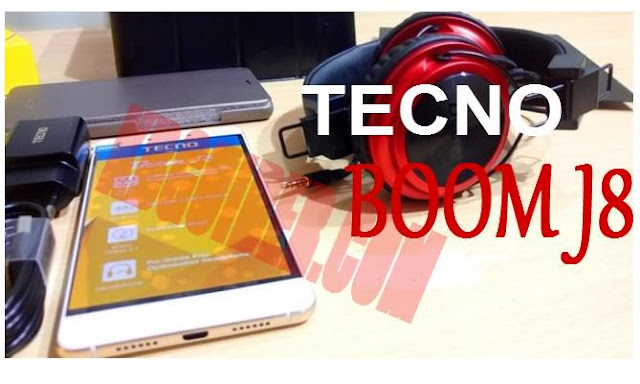 Chinese smartphone giant released another giant monster device with mind blowing specs, This time around it’s Tecno Boom J8. Seriously speaking Tecno Mobile has been doing so beautifully and really great, TECNO has always get to produce Pocket friendly Devices which still comes hot and great specification compared to others.
If not for Tecno i don’t know how many Nigerians,kenyans,Ghanaians and all other Africans Countries will be able to afford the likes of SAMSUNG, HTC, SONY an all others.

But we still get almost same Spec of all this Expensive Product on our TECNO. We have seen the birth of the Tecno Boom J5, Boom J7, Droid Pad8, L8, L8 Plus and now Tecno Boom J8. This great device  comes with very HOT specification and is among the best budget phones of 2016

The Boom J8 is a successor to Boom J7 and also an upgrade of Boom device series, Boom series is one amazing series from TECNO with full focuses on battery life and Ram. J8 is a huge upgrade to its predecessors (Tecno Boom J5 and J7) which were released last year and was hot selling.

Tecno Boom J8 comes with worthy features, new customized User Interface called the HiOS, making the device one of the fastest phones out there in terms of performance which really made it an awesome device. The Tecno Boom J8 is not only a music or entertainment phone, it features great camera and other specifics. Below are the specifications of the J8.

Tecno Boom J8 has a slight change in design when compared to other Tecno’s “Boom” series devices. It has a plastic and metal trimming design.
This dual SIM Android phone comes with diagonal 5.5-inch IPS Capacitive display with a resolution measuring 720 x 1280 pixels and 320 PPI display density that is still very beautifully for a present time phone.
It also sport a slim body with round edges to make the device fit well in your palm. The device measures 153.3 x 76.84 x 7.35 mm.

A 64-bit MediaTek Quad-Core processor clocking in at 1.3GHz Cortex-A53 Mediatek MT6753 Processor on a Mali-T720 GPU runs the show on the Tecno J8.

The device is equipped with a 2GB RAM which should be the encouraged minimum of any Android smart phone to ensure beatiful performance and decent multitasking. Additionally, it also sports a 16GB ROM (internal storage) for storage purposes.

The internal memory can be boosted by a secondary storage SD card up to 128GB. unfortunately, it comes with Android 5.1 Lollipop out of the box which is upgradeable to Android 6.0 and comes with new Tecno custom UI called Tecno HiOS Ui – This feature will makes your 3000mAh battery last like a 5000mAh battery.

The smartphone has a built in storage of 16GB which can further be expanded up to 128GB using its microSD card slot. It also crams in a 2GB of RAM that is reasonably fair for a device in this price range.

This device is so perfect for audiophiles. J8 brings the next level sound technology to the smart phone. It is a crafty combination of award-winning waves technology tailored into its BOOM Maxx app and the amplifier quality of its BOOM headphone.

Talking of the BOOM headphone, It’s such a beautifully highly fashion centric top-range headset is refreshingly different. It has a stylish finishing, premium leather folding and fitting sound cavity, nothing quite like it yet.

For guys who love to customize, there are different themes to choose from and I am sure that new ones will constantly be added.
You will really be impressed with loads of online themes, fonts and live wallpapers which are really beautifully beyond what you would expect. 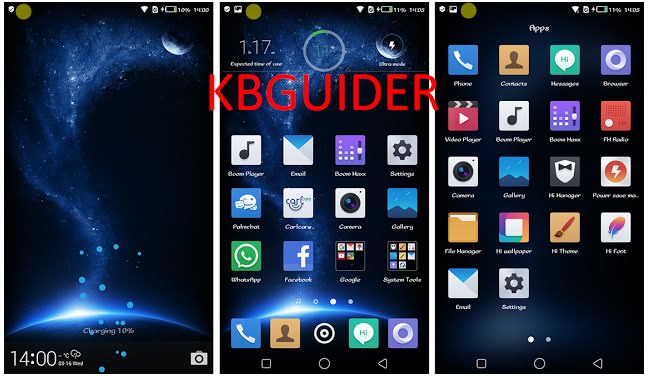 The Front camera 5.0 MP, each 1.6µm large pixel ensures 1.5X more light is captured compared to other smart phones. that may be of interest to those fond of selfies. It also comes with front LED flash.

The Back camera This 13 MP camera flaunts super large F2.0 aperture; soaking in more light with blue glass that filters idle light. If you are the type that like your shoots been taken while in motion, BOOM J8 has you covered with fast tracking PDAF; focus on moving objects in the blink of an eye – no motion blurs! You can set your camera in Panoramic mode which is another feature of the device.

Unfortunately Tecno BOOM Series has a lower battery life compared to that of the L series smartphones. The latest Tecno Lseries TECNO L8 and L8 Plus sports an impressive 5050mAh While the latest in Boom series TECNO J8 Sport an ample non-removable 3000mAh Lithium-Ion battery that surely can last you a while 38hrs on single charge. 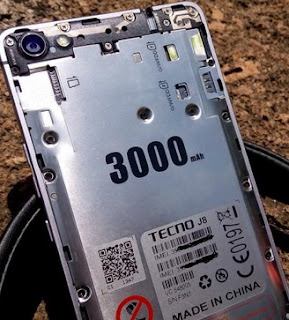 It has a Fast Charge technology – 15 min charge, You can survive anywhere with this kind of phone.

If you are a fan of the Tecno Boom smartphones series, then you will falling in love with this device. With the brief review and specs on Tecno Boom J8 shown above, you would accept the fact that this device is one of the best out there.

Tecno BOOM J8 is now available in Nigeria, Kenya,Tanzania, Ghana and Top Major Tecno distributing online stores in Africa. The Price in Nigeria range from N35,000 to N40,000 depending on your location in the country. and Price in Kenya range from Kes. 17,999 to 20,000.

*Do you have anything to add? Please don’t hesitate to Share and also drop your Reviews in the comments box below.