Smartphones Apple and Samsung are competing in their price segment, but this does not prevent companies from working closely on mutually beneficial terms. In particular, Samsung is engaged in delivering displays on the iPhone X – a premium version of the “apple” gadget 2017, the success of which will allow Koreans to break the jackpot. An interesting study conducted by Counterpoint Technology specifically for The Wall Street Journal, where it was concluded that the high sales of the iPhone X would provide Samsung a profit exceeding the profits from its own flagship Galaxy S8. 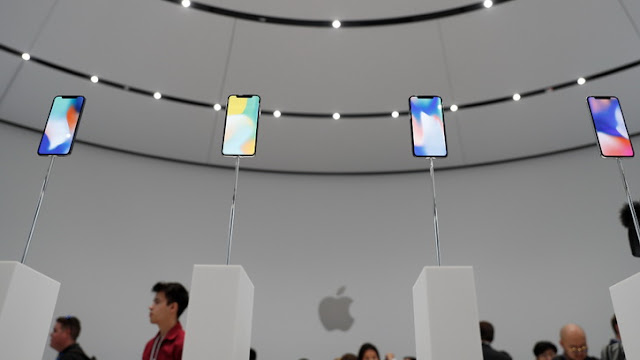 The analysis is based on sales forecasts for the iPhone X and Galaxy S8 in the first 20 months after the release (this window is considered to be the one that most sales fall into). It is expected that in this period, which will be launched on November 3, Apple will be able to sell 130 million iPhone X, and $ 110 from each of them will go to the competitor’s pocket. Samsung will sell about 50 million Galaxy S8 in the same period, each of which will bring $ 202 to the common piggy bank of Samsung and its subsidiary companies engaged in the production of components. Summarizing the amounts received, we conclude that the iPhone X will be the main generator of revenue from parts.