Skip to content
Samsung has been the number one smartphone manufacturer in the world for years. Although the company was less innovative last year with the Samsung Galaxy S9, we expect the Samsung Galaxy X next year. The first foldable flagship probably gets a price tag of over 1,500 euros.

Foldable smartphones are coming to report the Korea Times this week and Samsung will do everything to be the first manufacturer with a foldable screen. For years the South Korean manufacturer has developed techniques for a foldable smartphone. The device is supposedly named Galaxy X and seems to be unveiled in 2019. The Korean newspaper talked to Samsung analysts about the upcoming innovative flagship. 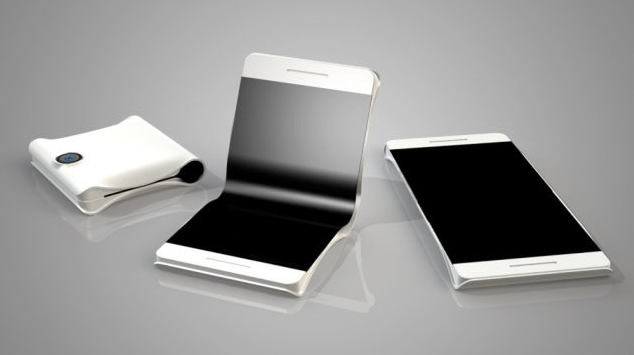 It has been speculated for some time that Samsung wants to present the first foldable smartphone in 2019. We probably see this device at the Mobile World Congress 2019 in Barcelona. According to KimJang-yeol, research analyst at Golden Bridge Investments, you can count on a hefty price. According to the analyst, a separate Samsung Galaxy X smartphone costs about 2 million (converted more than 1,500 euros). One speculates about a production start for the foldable Galaxy X in November of this year. The assembly process of the revolutionary smartphone probably starts in the same month in December. Samsung wants to make the foldable smartphone available for purchase almost immediately after the launch.

The foldable smartphone from Samsung has a gigantic 7.3 inch AMOLED display in the expanded form. This large screen consists of two parts of 4.5 inches when you fold up the phone again. The flagship also lends different specifications for the upcoming Galaxy S10. The successor to the Samsung Galaxy S9 has an Exynos 9820 processor and improved main cameras. Features that you can expect in the foldable Galaxy. The number of Samsung Galaxy X devices will initially be limited to 300,000 to 500,000 units.

We already call the foldable Samsung Galaxy X, but the Korean manufacturer has not officially confirmed this name.

We will keep you informed.