OnePlus is betting on fashion in supporting its flagship smartphones. OnePlus will once again release a limited edition of their flagship OnePlus 5 smartphone. In March Last year, the Chinese company teamed up with Colette, a high fashion retailer from France to release the OnePlus 3T colette Black edition. But now OnePlus has collaborated with a renowned fashion designer for the OnePlus 5 which will be released soon and OnePlus offered the European buyer the edition of JCC +, whose motto is expressed thus: “Technology. Art. Fashion”. A special version of the flagship was created in conjunction with the designer and stylist Jean-Charles de Castelbajac a popular fashion designer. and passes his corporate design style. 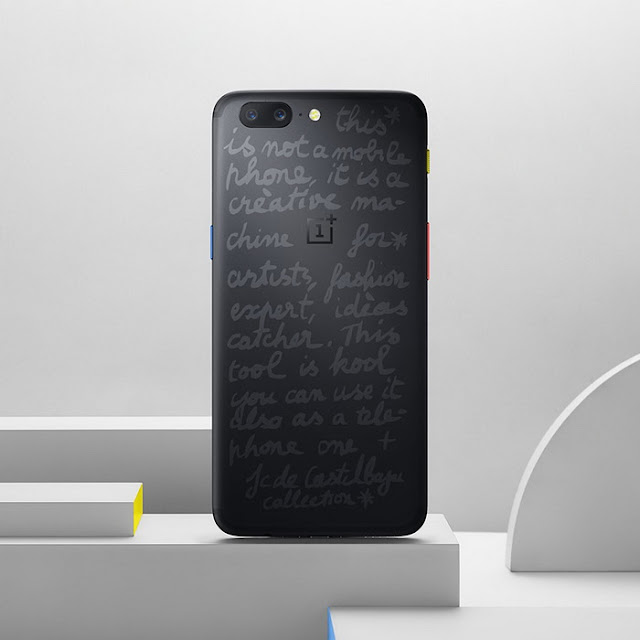 The New limited edition OnePlus 5 will be sold alongside other accessories and apparel such as tote bags, caps and T-shirts which all feature Castelbajac’s signature design style. On the back panel of OnePlus 5 JCC + Edition (the top version with 8 GB of RAM and 128 GB of ROM) and a special manifesto is written: “This is not a mobile phone, it’s a machine for creativity” and the buttons are colored yellow, blue and red. In addition, the device is pre-installed a collection of stylized wallpaper, which, incidentally, are available for download from this link. The premiere of the creative version of the familiar flagship was devoted to several events, video reports which you can see below.

The OnePlus 5 JCC Limited Edition will only be available for sale in Europe and Africa for a price tag of 559 Euros, (200000 Nigerian Naira), only in the 8GB RAM/128GB storage variant. What do you think of the OnePlus 5 with an artistic touch?