Analysts of TechInsights disassemble every outgoing flagship of major brands, but not to evaluate its maintainability, like iFixit, but to find out how much it costs everything from what it is made of. Yesterday they published the results of the survey Samsung Galaxy S9 +. It turned out that Samsung spends $ 379 on its production, much more than it spent on creating the Galaxy S8 ($ 343), but still slightly less than Apple spends on the iPhone X ($ 389.5). 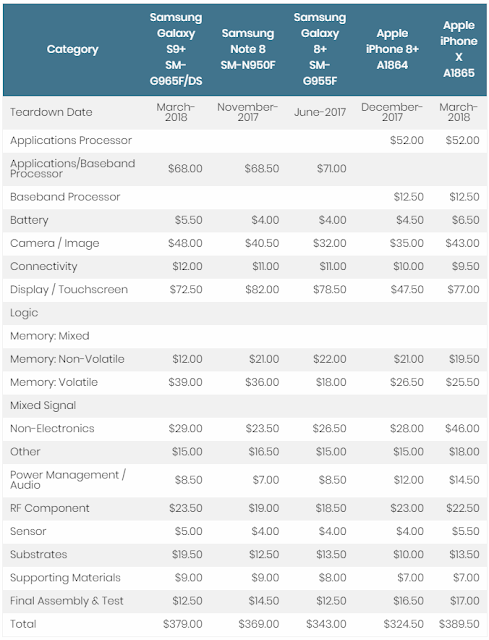 Note that the twofold difference between the cost of production and the market price does not mean that Samsung earns so much on each smartphone: device development, logistics, marketing, too, are worth a lot.