In the year 1675, astronomer Christiann Huygens invented a mechanism for measuring time using a combination of springs and balances. The invention was called a balance spring, and it formed the basis of all mechanical watches for the next 342 years. Sure, some improvements have been made to the original design over the years, but the fundamental mechanism behind all mechanical watches hasn’t altered over the last three centuries. 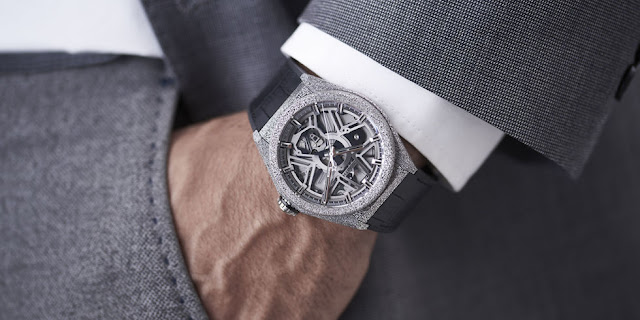 That might all be about to change. Swiss watchmaker Zenith has unveiled a new watch—the Zenith Defy Lab—using a completely different mechanism than the one Huygens invented in 1675. It’s termed its new mechanism the Zenith Oscillator, and claims that it’s more efficient than a balance spring while only having a single moving part.

Zenith is unsurprisingly close-lipped about exactly how the oscillator works, but judging by this slow-motion video of the piece in action, the oscillator works by compression; that is, parts of the oscillator are stretched and squeezed in very precise amounts to keep time. Beyond just building a more accurate timepiece, using an oscillator instead of a balance spring means less moving parts, which means less wear and no required lubrication. That means these watches will last longer and require less maintenance than others.

Hopefully this new mechanism will start to show up on other—and cheaper—watches in the future. But if you’re interested in buying one now, Zenith will soon be selling their Defy Labs for around $30,000.